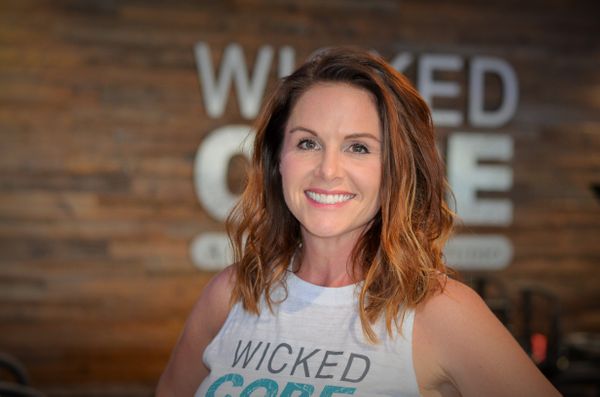 Bridgette grew up in Spring, TX, she attended Sam Houston State University as well as Lone Star Community College. In 1998, she began her career as a real estate appraiser and has since become a partner at Crawford Appraisers. Over her career, she has specialized in investment properties, which has allowed her to work closely with investment clubs around the Houston area. She married her husband in 2002, and has two children, a daughter and son.

Bridgette has struggled with her weight her whole life; she was always the heavy friend. In the fall of 2016, she felt more out of shape than ever, and wanting to be a better role model for kids, she began making changes in the life. She joined Wicked Core in October 2016 as a client and quickly became addicted. Over the next 6 months she lost over 25lbs, and was feeling stronger and healthier and ever. She was so inspired by Wicked Core Team; she decided she wanted to inspire others and has since become a Certified Lagree Instructor. Bridgette is a Level 2 certified Lagree Fitness Instructor.